I was on a quest. . . I was like a hound dog on a hunt but I couldn't find what I wanted. I'm what I like to call determined (stubborn). After three weeks of searching Lowes, Home Depot, Wal-Mart, and several plant nurseries I was just about ready to give it a rest. . . for a while.

I spotted the basil on a shelf at Home Depot. He ( yes he, what else would you call a Basil) looked so wimpy and wilted. His feet ( that's roots for non-plant people) were as dry as a bone. The soil was pulling away from the pot. I picked him up and decided then and there he was going home with me. I grabbed him and then I spotted her . . . Rosemary. She was on the bottom shelf . . . all by herself. Her feet  were dry too but she wasn't acting wimpy just so she'd get attention. I grabbed her and proceeded to the check out. I was going to adopt them and make sure they got the care they deserved. 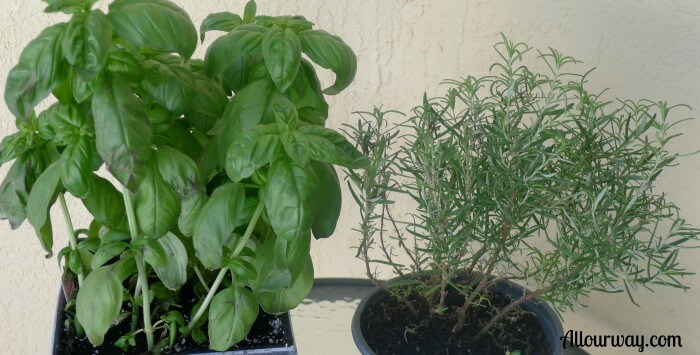 Basil and Rosemary in pots

Once we got home we gave each a hearty drink and some TLC. Within minutes Basil was standing tall and perky. . .Rosemary was . . . well. . .just Rosemary. I came to the conclusion that in the plant world , even though they were in the same family -- herbs from the Mediterranean region -- they were polar opposites in needs and behavior. . . somewhat like women and men. Rosemary thrives in hot dry weather whereas Basil will react like he did at Home Depot.

I needed to snip some cuttings from both plants so that I could start propagating them. Rosemary didn't need much pruning . . . figures. . . Basil needed quite a bit. 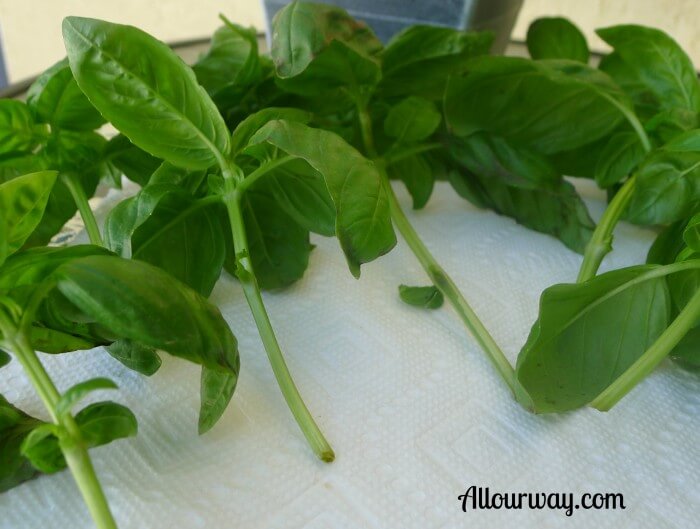 When you cut the stems make sure you have enough of a stem to put into the water. The plant will root from where the lower leaves were attached. Pluck off those leaves and use for your cooking. Place the stems in a glass of water . . . one for the Rosemary and one glass for Basil. In about two weeks you will see roots starting to form from the nodes . . . that's where the leaves were. You'll have to change the water occasionally. 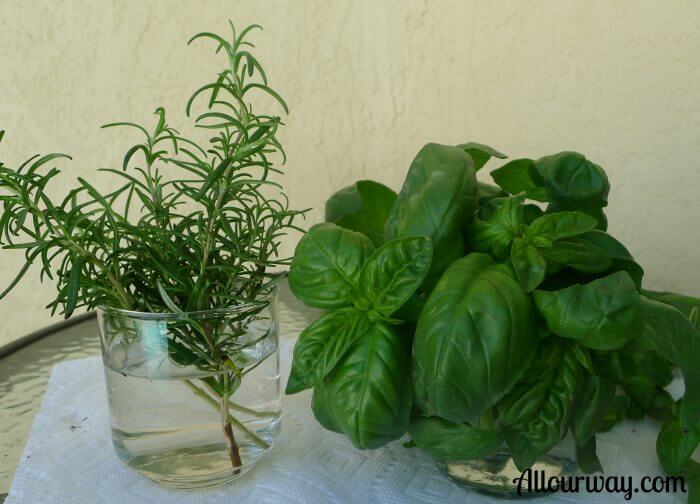 Rosemary and Basil cuttings in Glass ready to root

Once the roots have formed and they are long enough,  you can pot the plants in a container or directly into the ground. You can have Rosemary and Basil throughout the growing season. Rosemary is a semi-hardy perennial and if you have  mild winters you'll be able to keep it year after year. Basil is considered an annual and a frost will kill it. . .figures.